Mark Francois: "Boris will be Battling for Britain in the EU Trade Talks" 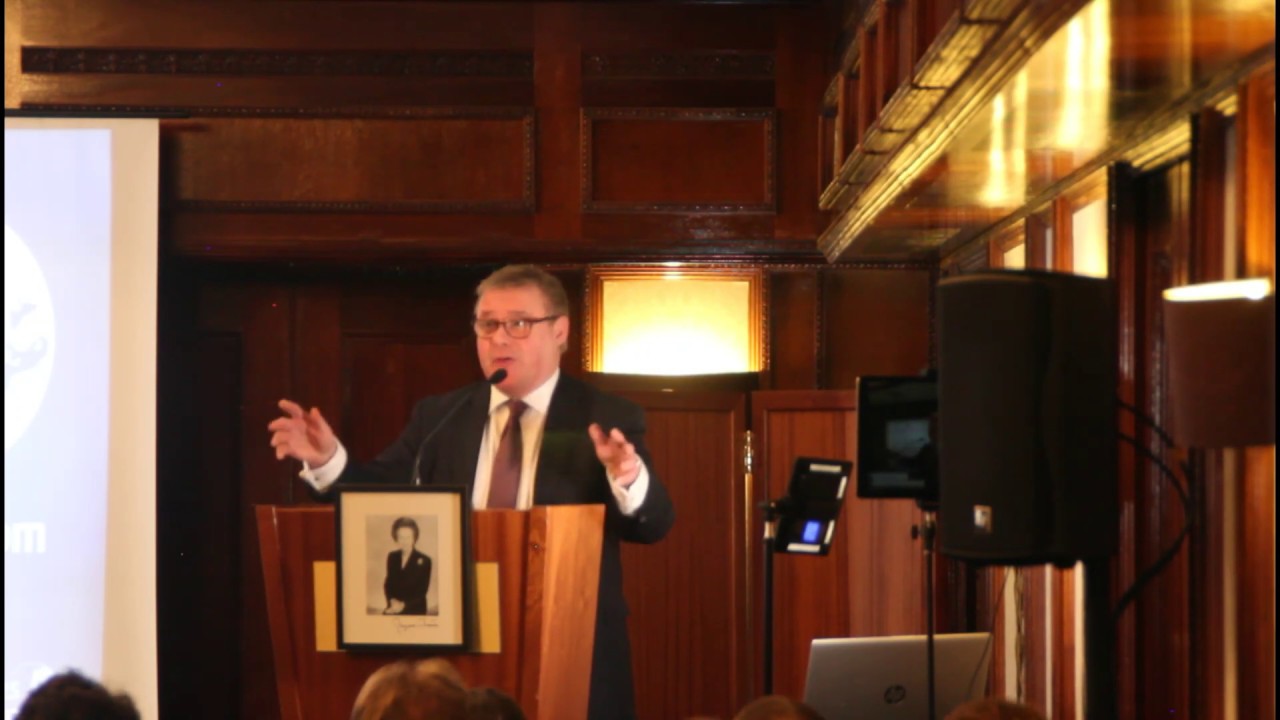 The Bruges Group were honoured to have The Rt. Hon. Mark Francois MP, Chairman of the ERG, address our annual conference at Buckingham Gate in London on Saturday 7th March. The Bruges Group conference proved, as ever, to be an immensely popular event with a sold out conference room and addresses from senior politicians and economists, such as Mr Francois, Sir Bill Cash, among others; we thank everyone who attended for supporting our work and look forward to several more successful events. The former Defence Minister and staunch friend of the Bruges Group delivered this fantastic speech to our attendees which we are delighted to share with everyone.

"Good afternoon, thank you Mr Chairman. It is a pleasure to be addressing the Bruges Group this weekend.

After many years, and a long struggle, I have good news to report: Ladies and Gentlemen, we are now finally living in a free country!

All I, and my colleagues in the ERG have really wanted, for so many years, is the right to live in a free country, that elects its own Government and makes its own laws and lives under them in peace. This is what I told your colleagues at the Conservative Party Conference last Autumn and I am delighted to report that that prospect has now become a reality. I would like to thank all of you in the Bruges Group for all that you have done, ever since Margaret Thatcher's famous speech of 1988 – to help make this eventual outcome one that sets our country free.

The Future Negotiations with the EU:

It took us over three years of Parliamentary trench warfare and took two General Elections to get us to this point, with the last resulting in a thumping majority of 80 allowing us to "Get Brexit Done". Now we are faced with the trade negotiations. As part of the Withdrawal Agreement (WA) that we signed with the EU prior to 31st January, we signed a Political Declaration (PD) which committed both sides to negotiating a comprehensive Free Trade Agreement (FTA) by the end of 2020.As the Chairman of the European Research Group (ERG), I am quietly confident that we will succeed in successfully negotiating a deal, which will allow us to trade equitably with the EU, by the end of the year and I take this view for four reasons.

Firstly, because the PD – which lays down the tramlines, as it were, within which the negotiations must take place – has already specified an FTA as the desired outcome.In other words, both sides have already agreed in principle where they want the final talks to land and it is now just a question of agreeing the specific details of the arrangement.Theresa May's variant of the WA did not have this proviso, but instead committed us to a Chequer's style outcome in which we would be very closely aligned to the EU's rules and regulations.The truth is that the PM played something of a blinder in persuading the EU to drop this commitment and to opt for an FTA instead. Something which we all as Brexiteers have been arguing for a number of years.

Secondly, our opening position is essentially that we would like a Canadian style FTA, similar to the EU Canadian Agreement which the EU signed up to in 2016.This is actually what Michel Barnier, the EU's Chief Negotiator was offering us in principle some two years ago but now, for reasons best known to themselves, the EU are saying that this could be quite difficult.

Some critics point out that the EU Canadian deal took seven years to negotiate and this is true.However, the flip side of this, is that all of the heavy lifting has already been done and many of the most knotty issues have already been resolved.Therefore, we begin these negotiations not with a blank piece of paper but based on an existing precedent to which the EU has already agreed.Common sense suggests this must make it easier to come to an agreement than if we started from scratch.

Thirdly, when the Prime Minister said last year that he would persuade the EU to drop the dreaded "Backstop" (i.e. participation in a Customs Union) from the WA, everyone and his wife said that it was impossible.Indeed, the EU had said repeatedly that they would never do any such thing.Nevertheless, the Prime Minister did persuade them to do exactly that (and to amend the PD to boot) and he managed to do all of that in under three months.

Fourthly, the EU has strong reasons to accept a deal.The one thing that really worries the European Commission in particular, is the prospect of the UK becoming the "Singapore of Europe".As such, with an Anglo-Saxon economic model, which is far more flexible than theirs, they have always been worried that we could undercut them in world markets.This is one of the reasons why they were so desperate to keep us in the EU in the first place.

It has become clear that regulatory divergence has become a sticking point in the early negotiations. We are not going to become an Economy with low standards. It is, however, completely within the realms of possibility that we will want to introduce legislation in the future that has similar or better standards than our friends across the channel but will be truly bespoke to the United Kingdom.

The European Union's next best alternative is to sign some kind of agreement with us, in order to try and prevent us from out-competing them entirely.They therefore have a very strong incentive to reach an agreement, which did not exist when they hoped and believed, encouraged by some in Parliament, that we would still remain in the EU.

Now, the PM's stated determination to opt for an Australian style deal (based essentially on World Trade Organisation rules) if the EU will not accept a Canadian style version, should only serve to concentrate minds in Brussels. Indeed, this view was echoed by his Chief Negotiator, David Frost, who said during an excellent speech recently in Brussels that, "we are ready to trade on Australia-style terms if we can't agree a Canada type FTA. We understand the trade-offs involved – people sometimes say we don't, but we do."

The British people voted democratically to Leave (twice!), to regain our Sovereignty, to regain our ability to regulate and legislate for ourselves, to regain the power of our courts and the EU are now finally waking up to this new reality.

The Future of the ERG:

A number of people have expressed interest recently about the future of the European Research Group (ERG). You might like to know that at our recent Annual General Meeting we discussed this at some length and the unanimous view of the group was that the ERG should not be disbanded – even despite the victory over Brexit – not least, because we have an important role in monitoring the trade negotiations that I have just been speaking about. Also, a considerable number of the 2019 intake are Eurosceptic minded and you might like to know that we have been recruiting very healthily among the new crop of Conservative MPs – who are absolutely determined to keep their promises to the British electorate.

In the event of some Chequers style aberration emerging from the negotiations, we do therefore have the numbers to intervene decisively – should we have to. Or as someone put it, at the end of our AGM, our posture should be that "the Submarine remains at sea."

But I must stress that we do have confidence in the Prime Minister to negotiate an equitable deal that will protect our sovereignty as an independent nation, exactly as outlined in his excellent speech at Greenwich, where he said, "there is no need for a free trade agreement to involve accepting EU rules on competition policy, subsidies, social protection, the environment, or anything similar any more than the EU should be obliged to accept UK rules. The UK will maintain the highest standards in these areas – better, in many respects, than those of the EU – without the compulsion of a treaty."

He went onto say, "I stress this need for full legal autonomy, the reason we do not seek membership or part membership of the customs union or alignment of any kind, is at least partly that I want this country to be an independent actor and catalyst for free trade across the world."

Theresa May once made an excellent speech at Lancaster House but unfortunately didn't stick to it. In the view of the ERG, the Prime Minister is highly likely to stick to his commitments in the Greenwich speech and therefore we are considerably reassured – but we remain vigilant… just in case. After all, we did not win this war – to lose the peace.

In summary, there is still a way to go until a Free Trade Agreement has been agreed, but I do believe that it is more than possible to reach a fair and equitable deal with the EU – exactly as I believe it is also possible to reach an equally fair deal with the United States.One of the great advantages of Leaving the EU is that we can strike Trade Deals with countries around the world and prosper economically as a result.These are exiting times for what is becoming Global Britain and I very much look forward to our signing an FTA with our EU partners before the end of the year."