Why Boris Should Reject This Brexit Deal 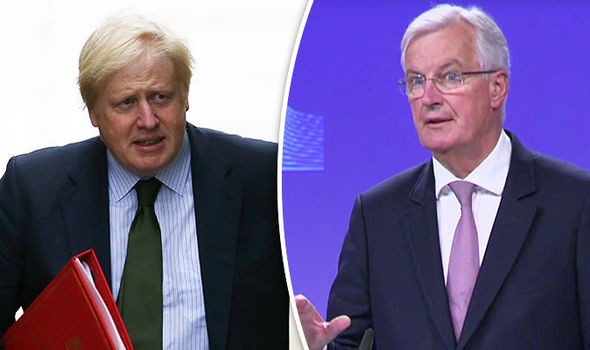 By Martin Howe QC, Chairman of Lawyers for Britain

Boris Johnson says the EU has refused to negotiate seriously with the UK for the last few months, and time has now run out for reaching a trade agreement before 31 December when the current transition period ends.

The PM has been pressing the EU for a free-trade agreement comparable to Canada's deal with the EU (CETA). He is right to say that what the EU is offering the UK is inferior to CETA, despite the UK's close relationship with the EU for the last 45 years which should, if anything, lead to a better deal.

The problem isn't just the EU's demands for permanent ownership of a large slice of UK fishing waters, or EU-based state aid controls and level playing field clauses designed to damage the future competitiveness of UK industries – all absurd demands which are not in the EU's free trade agreements with Canada or anyone else. The problem is that the actual trade terms the EU is now offering would be a rotten deal for the UK, and much inferior to Canada's deal.

The EU has a massive surplus of £95bn per year in goods trade with the UK. Meanwhile, the UK is a service-based economy and has a smaller surplus in services trade with the EU of £23bn. The EU exports far more goods to the UK, and its exports are heavily concentrated in high-tariff sectors such as vehicles, agriculture and clothing. As a result, if there are zero tariffs between the UK and the EU, the EU's exporters stand to gain more than double the tariff reliefs which UK exporters would obtain in the opposite direction.

So a fair and reasonable free trade agreement between the UK and the EU would involve zero tariffs on goods – which the EU benefits from – in return for continued access for UK services exports.

Instead, the EU wants the zero-tariff concession while giving back almost nothing in access for services exports. Admittedly, CETA is not great for services exports either. But the UK's services regulations are currently aligned with the EU's, so it should be easy to do a great deal better.

There are other very important but less high-profile ways in which the EU's offer to the UK is much worse than Canada's deal. CETA, for example, allows for so-called 'home country certification'. Canadian bodies can certify exported goods as complying with EU standards (and vice versa for EU goods going the opposite way). Since UK-based certification bodies are already experts at certifying goods that comply with EU single market rules, it makes obvious sense for them to continue this role under a future free-trade agreement with the EU. But the EU has refused, with the naked purpose of damaging UK-based certification and testing bodies and increasing costs for UK exporters.

In another highly technical but important difference, the EU has refused to recognise goods from third countries with which the EU and the UK both have free-trade agreements as counting towards 'cumulation of origin' – entitling products to be imported tariff-free into the EU. This means, for example, that cars built in the UK using Japanese car parts would not be able to enter the EU tariff-free. In contrast, the EU does allow this kind of cumulation in CETA and with most of its major trade partners. It is clear that the EU is singling the UK out for vindictive punishment.

Even if the EU has a massive change of heart and Boris Johnson succeeds in negotiating away its demands on fishing, state aid and level playing field provisions, this is an extremely poor trade deal. And the problem with agreeing to it is that once the EU has pocketed its huge concession on goods, with the UK getting almost nothing in return, it becomes impossible to negotiate something better later.

There's another elephant in the room too: the already-ratified Withdrawal Agreement, including its Northern Ireland protocol. This agreement continues to be implemented whether or not a trade deal is done. Agreeing to a future trade deal, even if it is a rotten one, would undermine the UK's possible international law arguments that the EU's bad-faith negotiating tactics have relieved it of ongoing obligations to comply with parts of the Withdrawal Agreement.

If it is allowed to stand, the Withdrawal Agreement creates another set of reasons why the UK's future relationship with the EU will be different from and worse than Canada's. Take Northern Ireland. Canada does not have to agree to one of its provinces being subject to foreign laws enforced by a foreign court, nor to custom controls being set up between that province and other parts of Canada. Nor is Canada required to have state aid controls over its whole territory administered by a foreign commission and interpreted by a foreign court. It does not have its laws about foreign citizens on its territory being interpreted by that foreign court, and does not have to submit to a court that oversees huge financial payments to the EU. CETA also does not in any way subject Canada to the jurisdiction of the ECJ.

Boris's initial rejection of the EU's demands for a one-sided and damaging trade agreement is an excellent start. The next steps are to unravel the degrading terms of the Withdrawal Agreement – which as long as they stand will continue to curtail the independence, sovereignty and integrity of the United Kingdom.