Why Donald Trump is on the Way to Another Victory 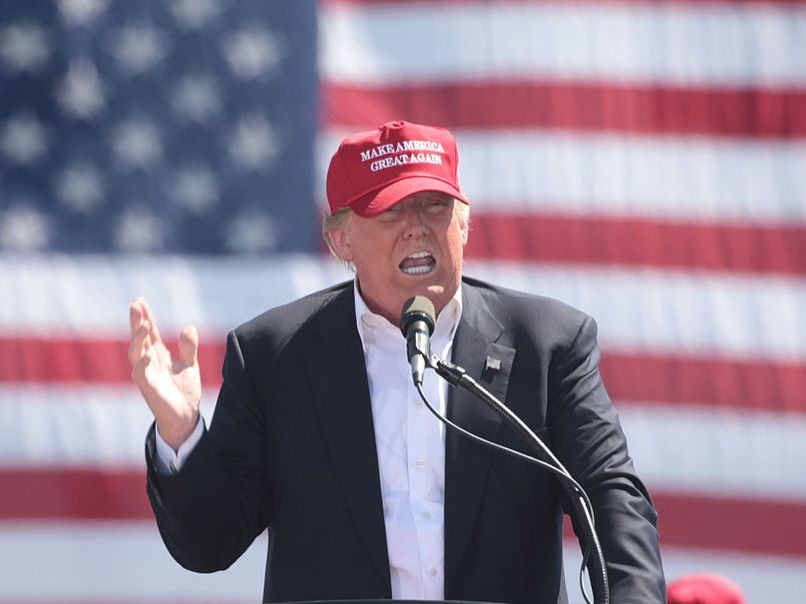 President Trump will win big since Republican voters are super energised and are turning out in massive numbers to vote for him, on the other hand Democrat voters are not enthused by the incompetent and senile 'Sleepy' Joe Biden. The polls that predict Biden is winning the US election so far, which is already underway, assume that there's a low Republican turnout, that's very unlikely and doesn't really match the data on the ground which actually shows really strong Republican turnout. In fact, there is actually a chance that Trump will win the popular vote, more people will vote for him, than for Joe Biden unlike 2016 where Hillary Clinton racked up a whole host of votes in California and New York.

The situation in America is now very different, people are concerned about coronavirus. Also, people want to look forward to the future and Donald Trump has a very good record until recently on the economy. That's something that will weigh heavily with people's minds and in the swing states as well. Furthermore, Biden's anti-fossil fuel policies, and cheerleading for the green new deal, will actually alarm voters in Pennsylvania and Ohio, so it is likely those and other battleground states will go for Trump. Not only that, Mr Trump could even make some inroads into states like New Mexico.

There is also the fact that because these are uncertain times you won't want to be changing administration at a time of uncertainty. The Democrats have taken this whole situation regarding COVID-19 very seriously and had next to no ground game. In terms of rallies they are almost non-existent. On the other hand the Trump campaign has always been very much grassroots. So when it comes to people voting or postal voting, it will be the republicans who will be going around door to door knocking and meeting real people, collecting the postal votes from their supporters, identifying those supporters, getting them to vote and to turn out and that will make a huge difference. For this reason, the coronavirus and the pandemic, and all the problems that this has created could actually play in Trump's favour.

Why the UK Needs a Trump Victory

The Bruges Group Editor, Ethan Thoburn explains why a victory for President Trump is crucial for the UK and how Brexit talks between the two old allies could be disastrous under a Biden administration.
https://www.brugesgroup.com/blog/why-the-uk-needs-a-trump-victory

Some have speculated that a Biden victory would be actually really damaging for Brexit, because the Democrats are looking for the Irish American vote and have taken a strong position on the issue of Britain's border through Northern Ireland with the Republic of Ireland. Nancy Pelosi said America will not agree to a trade deal with the UK, unless that issue is fixed. However, this might just be rhetoric coming from the Democrats because ultimately, the biggest investors in Britain and the biggest investors in the United States are both Britain and America. Even a Biden administration will come to a trade deal with the UK. And that's why, they'll come to an agreement. However, there would-be short-term effects in Britain and with the European Union because the EU will double down their efforts to make Britain comply with their agenda, to make sure that Britain signs up to their trade deal where Britain would have to conform to European Union standards going forward. A Biden victory makes it less likely that the UK would walk away from what the EU demands, because, where would we walk away to? Eventually, in the short term, it would create jitters. Now there are other options around the world and other countries we can sign trade deals with as with Japan (where excellent progress has been made recently). Agreeing to a trade deal with the Pacific bloc would indeed make sense but Britain joining is not realistic but there's no reason why Britain can't negotiate some kind of trade deal with individual nation states. Agreeing to individual deals with individual nations will provide a whole host of other options around the world, for example New Zealand and Australia. There's no reason why an independent UK, if Britain did walk away from the EU, unencumbered by EU rules, able to adjust its economy and its regulatory base could not make deals with numerous other countries in blocks. Though joining blocs is highly unlikely, having a trade agreement with blocs is not . Brexit is ultimately about Britain being independent but also about going into the world and negotiating deals. Arguably, COVID 19 helps Brexit because the European Union is in a parlous state. It means that the European Union is even more indebted than what it was before. It means that their economies are incredibly fragile and to lose access to the UK market would be a disaster for the European Union. German automakers want a deal. Other European industries want to have a trade deal with the United Kingdom. This means that there'll be a greater likelihood of trade deals because it is pretty much established that free trade and access to other people's markets, actually helps the economy grow. Countries want to make trade deals and with the parlous state of the global economy, it does put extra pressure on politicians to swallow their pride and come to an agreement.